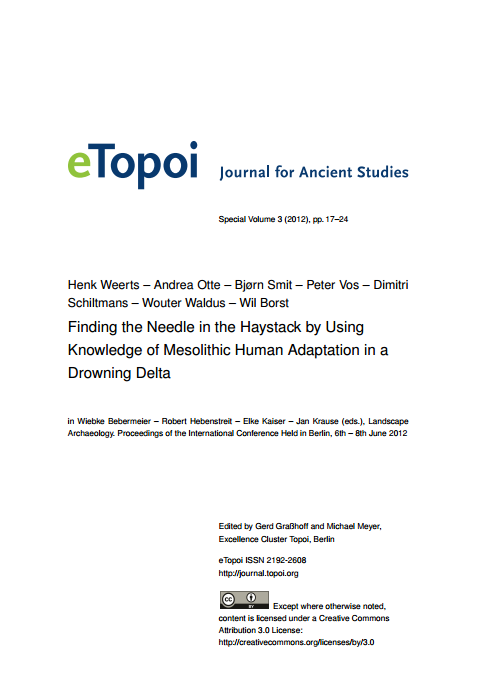 The Port of Rotterdam is presently expanding Rotterdam harbour into the North Sea. A new 20m deep harbour canal is being dredged to connect to the existing harbour, thereby destroying buried Early Holocene drowned fluvio-deltaic landscapes. Archaeological research in deposits of the Early Holocene age further upstream in the Rhine delta have revealed that Mesolithic hunter-gatherers adapted to the drowning landscape by using the highest parts of Late-Weichselian aeolian dunes for their hunting camps. This combined knowledge led to the challenge of finding such dunes in the harbour. At depths of 17–22m below OD in 17m water depth this was like looking for a needle in a haystack. Remnants of a river dune were indeed found followed by a spectacular— albeit small-scale—underwater investigation in 2011. This was the first time that many Mesolithic remains were encountered this deep and this far west.