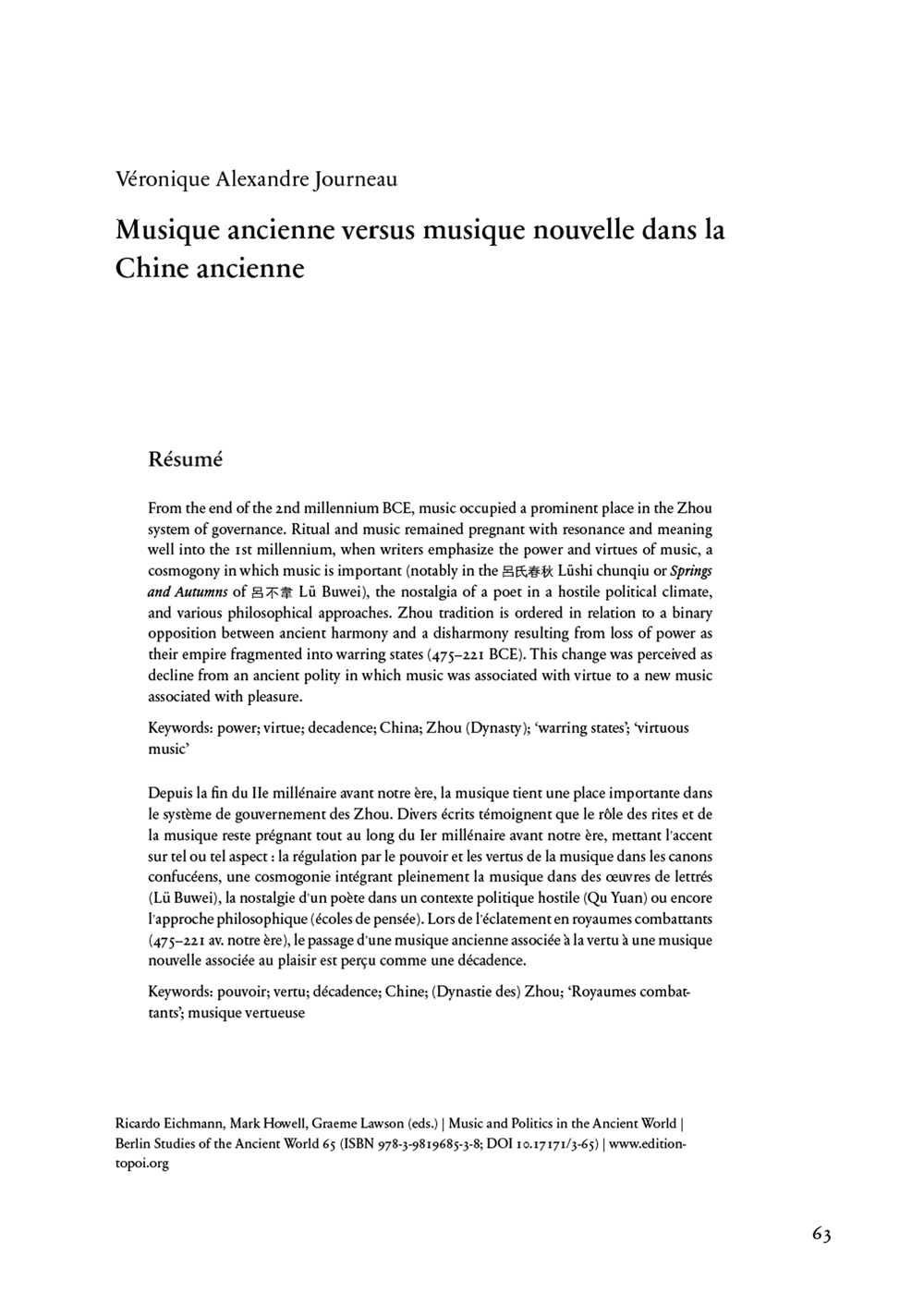 From the end of the 2nd millennium BCE, music occupied a prominent place in the Zhou system of governance. Ritual and music remained pregnant with resonance and meaning well into the 1st millennium, when writers emphasize the power and virtues of music, a cosmogony in which music is important (notably in the 呂氏春秋 Lüshi chunqiu or Springs and Autumns of 呂不韋 Lü Buwei), the nostalgia of a poet in a hostile political climate, and various philosophical approaches. Zhou tradition is ordered in relation to a binary opposition between ancient harmony and a disharmony resulting from loss of power as their empire fragmented into warring states (475–221 BCE). This change was perceived as decline from an ancient polity in which music was associated with virtue to a new music associated with pleasure.